Reflexology is a powerful therapy that uses massage on the reflex points of the hands and feet to stimulate the body’s natural healing energies. The practice is based on the principle that the hands and feet are mirrors of the body, so different organs and systems can be stimulated by applying pressure to these different reflex points.   There are over 7000 nerves ending in the feet so its no wonder a treatment can have so many powerful effects.

Reflexology is a natural, non-invasive therapy that can help boost the immune system and encourage to the body’s natural healing processes by restoring balance and reducing levels of stress – one of the most common causes of illnesses. Many people seek Reflexology to help alleviate everyday stresses and tension and for general relaxation, It has so many benefits and promotes the body’s own healing process to aid in:

Reflexology is believed to date as far back as 5,000 years, with its origins are in Egypt, China and India. The earliest known evidence of this was discovered in the tomb of an Egyptian physician called Ankhmahor where a pictograph depicts patients having treatments done on their hands and feet.

Modern Reflexology was introduced to the West in 1913 by Dr William Fitzgerald who found he could carry out minor surgery using specific pressure points that caused an anaesthetic effect. Dr Fitzgerald was responsible for the creation of a type of ‘Zone Therapy’ based on his discoveries, whereby the body was divided into vertical zones. Dr Joe Shelby Riley who worked closely with Dr Fitzgerald, further divided the feet into horizontal zones in which the anatomy of the body could be pinpointed easily.

Later developments were made in the 1930’s by Physiotherapist; Eunice Ingham, who worked alongside Dr. Riley. Eunice Ingham mapped out organs and other systems of the body on the feet, creating the modern foot maps that are in use today. 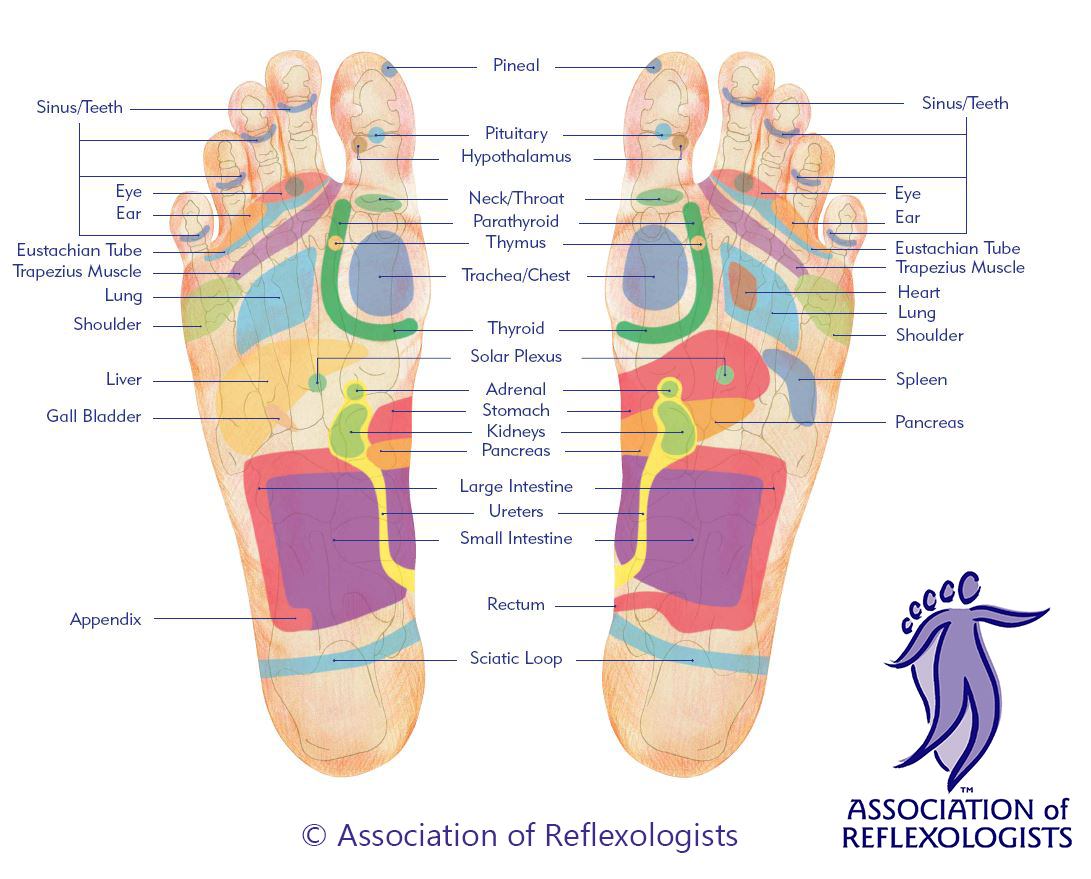